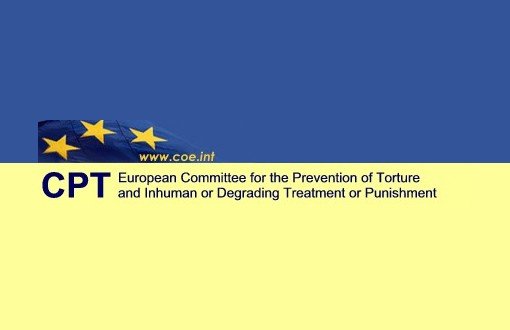 edited by and Rossella Pulvirenti and Stefania Carrer

On the 9th of November 2017, the European Committee for the Prevention of Torture and Inhuman or Degrading Treatment or Punishment (CPT) and the International Criminal Court (ICC) signed an agreement (‘ICC-CPT Agreement’, attached here below) with the purpose to monitor the conditions of detention and treatment of certain persons sentenced by the ICC. Those individuals do not serve their sentence in the ICC detention facilities in Scheveningen, where they are confined during the trial before the ICC. Once their verdict is confirmed, they are transferred to the penitentiaries of one of the ICC’s State Parties. This matter is regulated by Article 103(1)(a) of the Rome Statute, according to which “[a] sentence of imprisonment shall be served in a State designated by the Court from a list of States which have indicated to the Court their willingness to accept sentenced persons”.

This post discusses the form and content of the ICC-CPT Agreement analysing the effects of this international instrument on human rights law.

1. The Form of the ICC-CPT Agreement

The CPT and the ICC did not formally sign an agreement but they expressed their consent to be bound by an exchange of letters. As clarified by Article 13 of the Vienna Convention on the Law of the Treaties, an exchange of letters has the force of a treaty if the consent to be bound by a treaty is expressed by an exchange of instruments. This method has the merit to be more flexible and speedy. Indeed, it allowed the CPR and the ICC to create a binding treaty while avoiding to be stuck in a more complex and longer legislative procedure.

The core obligation of the ICC-CPT Agreement establishes that the CPT is prepared to assist the ICC in the monitoring of the conditions of detention and treatment of persons sentenced by the ICC serving their sentences in the territory of a State which is a party to the European Convention for the Prevention of Torture and Inhuman or Degrading Treatment or Punishment (hereinafter, the ‘Convention’) and which has specifically indicated the CPT as the competent monitoring body in relation to such sentenced persons.

In addition to this principal obligation, this agreement contains further ancillary obligations. For instance, the ICC has an obligation of notification to the CPT for the Prevention of Torture and Inhuman or Degrading Treatment whenever it concludes with a party to the Convention (hereinafter, State of Enforcement) a bilateral agreement on enforcement of sentences and when it transfers a sentenced person to a State of Enforcement that has indicated the CPT as the competent monitoring body in respect of the conditions of detention and treatment of sentenced persons.

Furthermore, the ICC-CPT Agreement established a procedure for visits. Indeed, the CPT shall organise and conduct visits in accordance with the procedures set out in Article 7 of the Convention. While the timing and the frequency of the visits shall be determined by the CPT, it shall in principle carry out a visit to a prison in the State of Enforcement holding a Sentenced Person within one year of the sentenced person’s transfer to such prison. The monitoring of the conditions of detention and treatment of a sentenced person in the State of Enforcement continues until the Committee has been informed by the ICC that the prison sentence has been completed, terminated, or, if applicable, the sentenced person has been transferred to another State of Enforcement.

After each visit, the CPT produces a report on its findings in relation to the conditions of detention and treatment of the sentenced person, as provided for in Article 10 of the Convention. While it is unclear whether this report is public or not, the ICC-CPT Agreement imposes a duty of confidentiality upon the CPT, which should treat all information that it receives from the ICC pertaining to the enforcement of a prison sentence with the utmost confidentiality.

3. Some Considerations in Light of Human Rights Law

The ICC-CPT Agreement clarifies that “[i]t is understood that such monitoring will be performed on the basis of Article 2 of the Convention, according to which parties to the Convention permit visits to any place within their territories where persons are deprived of their liberty by a public authority”.

Although the ICC-CPT Agreement is more than welcome because it helps strengthening the respect of human rights, its impact in practice is quite limited. First of all, the ICC-CPT Agreement does not imply that the ICC is bound by the Convention. There is nothing in the ICC-CPT Agreement suggesting that the Scheveningen facilities, which are under the direct authority and control of the ICC, might undergo the same type of visits. Indeed, this matter is regulated by the Agreement between the International Criminal Court and the International Committee of the Red Cross on Visits to Persons deprived of Liberty Pursuant to the Jurisdiction of the International Criminal Court (ICC-ICRC Agreement), according to which the ICRC shall be authorised to visit all Detainees held by the ICC in the Detention Centre for the duration of their detention (Article 2(1)).

Third, the ICC-CPT Agreement does not create an additional obligation upon all the other States, which are not parties to the Convention. Indeed, if an individual is detained in a State, which has not signed the Convention, the ICC cannot rely on the CPT’s monitoring powers to safeguard detained people’s human rights.

Fourth, the ICC-CPT Agreement has a residual scope as it is established by Article 17(3), according to which “[t]he [CPT] shall not visit places which representatives or delegates of Protecting Powers or the International Committee of the Red Cross effectively visit on a regular basis by virtue of the Geneva Conventions of 12 August 1949 and the Additional Protocols of 8 June 1977 thereto”. From this perspective it has to be noticed that the visit to the detainees transferred to the jails of the State Parties is already regulated by the ICC-ICRC Agreement, which reads that “the ICRC may visit sentenced persons transferred to a State of enforcement in accordance with bilateral enforcement agreements concluded between the ICC and a State of enforcement” (Article 2(3)). Thus, the ICC-CPT Agreement could only be applied when the ICC has no concluded any bilateral enforcement agreements with a State of enforcement.

In conclusion, while the ICC-CPT Agreement establishes an obligation of cooperation between two international actors, in order to strengthen the ICC’s respect of human rights law, it seems that the legal and practical impact of the ICC-CPT Agreement on the detained people’s rights is quite limited.

How to quote the article in a bibliography:
R. Pulvirenti, An Agreement for Monitoring the Conditions of Detention and Treatment of the Persons Sentenced by the International Criminal Court: Some Consideration on Human Rights, in Giurisprudenza Penale Web, 2017, 12